I made a presentation at the Maker Faire@Shenzhen Educational Panel forum on April 7, 2014. As there were  many makers from all over the world, I took this opportunity to challenge makers to contribute their expertise in building the next device/devices for olpc 2.0. I used Einstein quote and a recent comment of Walter Bender to illustrate a few points on making  learning tools. 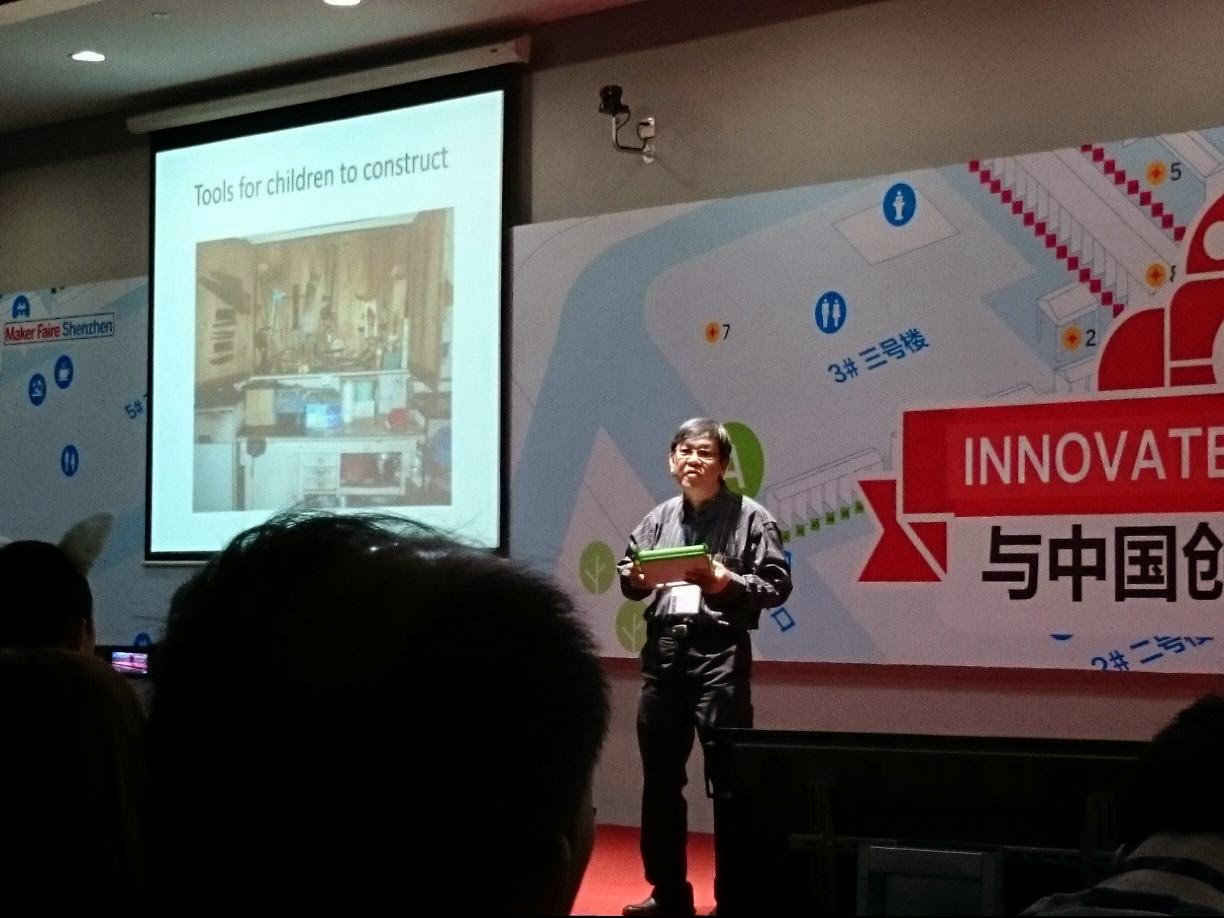 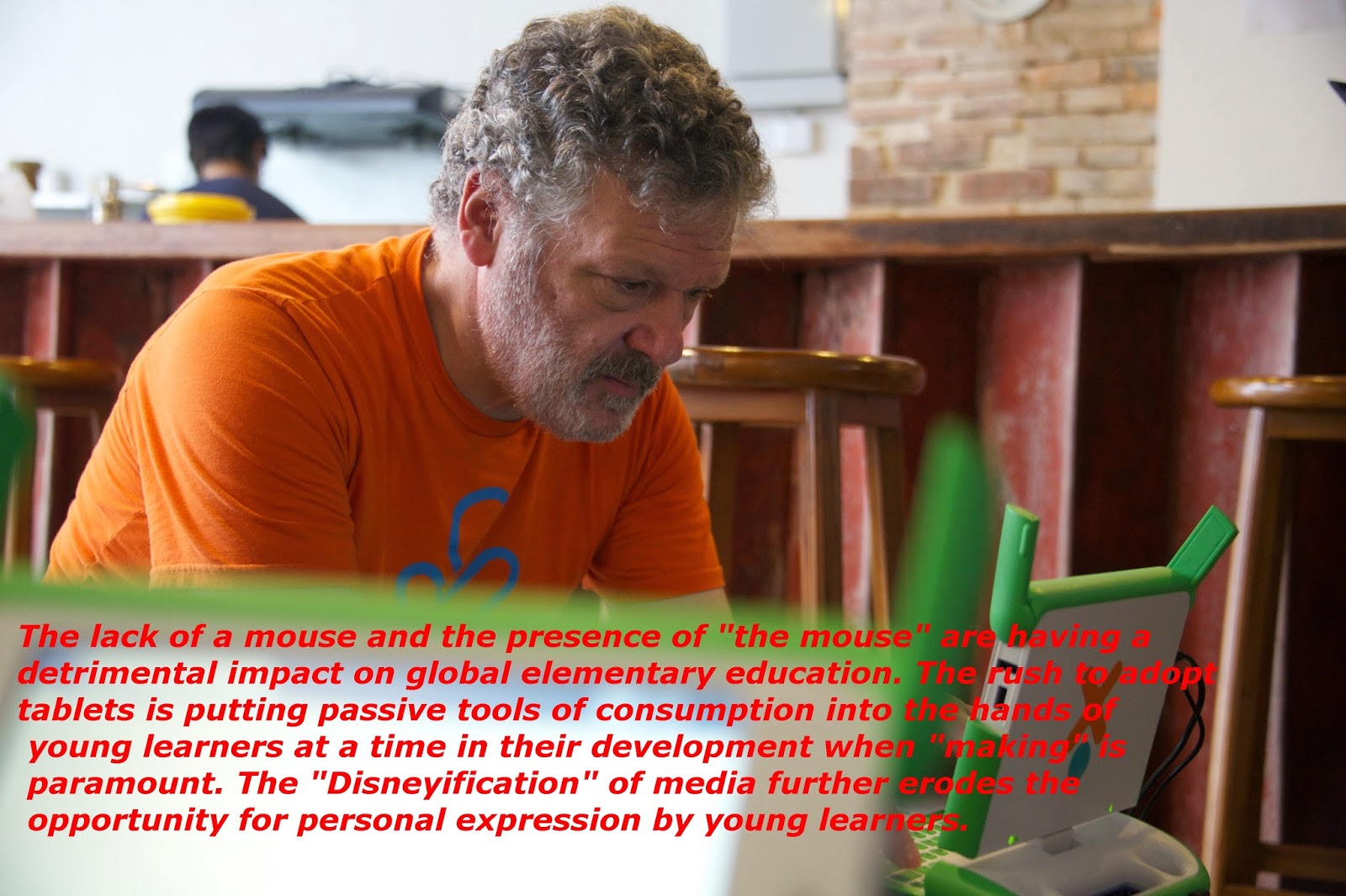 I met the Malaysian group whose members  are mainly from Penang Science Cluster (PC). Ha had a nice photo taken together with Dale Dougherty.  PCP will be running a very large Science Fair in Nov 15-16 this year :-). The date struck a chord :-)

Maybe a reminder that basecamp2014 should continue into Penang as we trek into asia? Let see where the karma of olpc 2.0 will take. 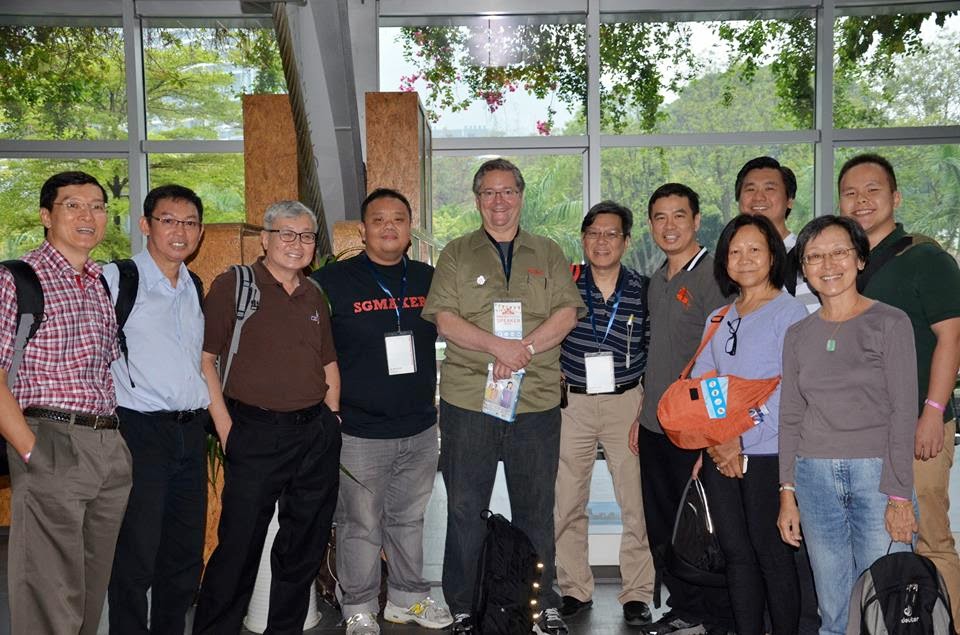 I managed to have long discussions with 2 low-cost motherboard developers to ignite their interest in helping develop Open Learning Platform Devices olpc 2.0. They (and their staff)  were  impressed with the current XO4-touch, and now have a better understanding of  its value and WHY the XO laptop is the best integrated solution for children in harsh environment.

Makers from various part of the world made use of  idle time (during bus travel) to explore the XO4 Touch and are IMPRESSED. A Japanese maker mentioned that the XO is the ultimate geek hacking tool sought after by friends he know. On that note, maybe I will engage this super evangelist for a Japanese sponsored deployment team in the future!

Other highlight is a glimpse into the manufacturing process of products at various Shenzhen factories :-). Manual labor is still needed in the process. Enjoy this Gear Activity that I found fascinating to watch. Just don't stick your fingers in it!