Musing: 1/2 a year after basecamp

This weekend will be 1/2 a year since basecamp@Malacca, 2013 ended (read Nancie Severs present and past  blog here).  As I muse on the past the issues of impact change and teachers support constantly surface. A recent blog is positive that MOOC can make a difference. However even with money change is not that easy. I notice the constant OLPC bashing  never seem to end. However there is a  thoughtful  blog that gives credit to OLPC 1:1 initiative despite some doubts if we are still alive:

“One laptop per child” visions began almost half a century ago with Alan Kay’s Dynabook concept. Kay pursued education initiatives for decades. The nine-year-old OLPC consortium aimed unsuccessfully for a $100 dollar device, encountering technical and organizational challenges. The site’s once-active blog has been quiet for six months. Its Wikipedia page reflects no new developments for two years. Media accounts consist of claims that OLPC has closed its doors; these are disputed, but the debate speaks for itself.

Over the past week I have been watching old Video1 &  Video 2  to try to capture the spirit of the past. This  tireless spirit is acted out once again  in OLE Nepal, with TurtleArt Day being conducted by Walter Bender and core OLPC supporters. Some attended basecamp2013.

For children to learn in the digital age they must have access to the digital tools. With tools (e.g. XO laptop) available for some fortunate communities, adults must allocate time for usage. This is critical when the laptop or tools are not own by the child and dependent on adults for access. It is universal for any reform initiative  that  “ .....  At some time, you have to persuade people.”  (the ending line of this long article)

Can teachers learn?  My hope is  teachers learn and support each other in the process. My hopes are raised when I received e-mail with updates:

" we spent a good 3 hours today with the XO ..... I am pleased with the response as the teacher learned the activities ... showed much promise. Down the line, she began to imagine and suggest how to use some of the activities for the kids ... I am really pleased!! I am confident that she will explore some more when she gets home, and knowing how to move around the XO, she will manage well"

Getting champions will keep the fire burning. I ponder if organising basecamp2014 can make new impact, but keep reminding myself: "if it happen, it will happen". So far I am happy the the mobile  Open Learning Chest is been used and going to different communities.

Nevertheless 2015 is worth thinking about when OLPC reach a decade since it was announced. 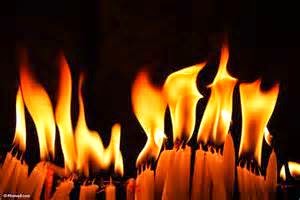