The last blog I  wrote  was in January, 2017.It has the title "dLEAP into 2017". A year and half later I am updating this blog with an entry "dLEAP in 2018". Happy to say that no news is good news - there has been progress over the year.

Volunteers and I was back in July 2017 to follow-up the CheWong kids who lives in the surrounding areas of the Elephant Sanctuary. In my last 2017 blog I reported that we replaced all the older XO in the hands of the CheWong's children to XO4. Bags were purchased and they were reminded to keep it clean. Our surprise visit confirmed that they were indeed keeping it real clean and using it regularly to our delight.

Thanks to the good public relation by a local volunteer we were offered a newly painted room in Elephant Centre (EC) as resource centre for the children. It is also an educational public space for visitors to EC. On August 12, 2017 last year we had the children of dLEAP to participate in the World Elephant Day. A simple Scratch game written by a Hong Kong 12 year old kid and downloaded to their XO4 were shown to visitors.

Kids from a surrounding school was entertained to what they could do with the XO4. These students envied what the CheWong's  children were able to do with 1:1 laptop ownership. 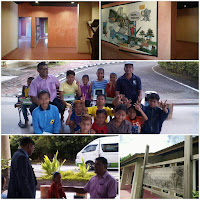 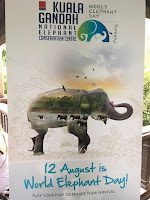 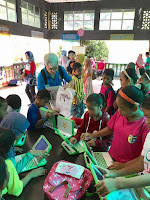 To reach out to new children and even smaller children we piloted leaving a few XOs to a kindergarten to the delight of the 4-6 years old children. They were using it almost immediately and was very proficient a month later with no support. Work is in progress  that we will get each children their own laptop by the end of 2018. Hence this pre-school will become a 1:1 kindergarten and will serve both very young CheWong children and Malay village children. 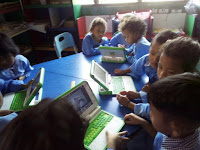 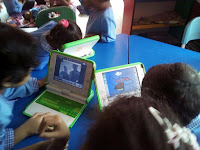 We have been supporting the CheWong kids for four years now. They have grown up alot since then. A local volunteer who is a teacher recently introduced the mind-mapping activity to these children. A  kid took the opportunity to describe  CheWong tribe:  350-400 people remaining, permalu (shy) people, lives in jungle and make a living with "rotan" collection, etc. It was insightful and they also made mind-maps to describe who they are as a person! 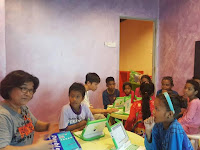 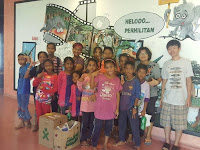 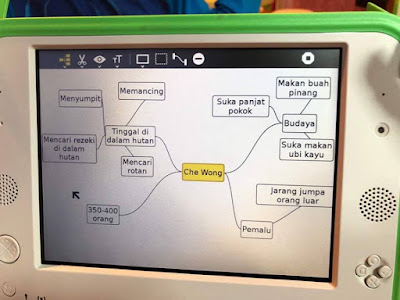 In another front some good progress is coming out from a small pilot of XO4 with another local volunteer who is based in Sarawak. As an academic and computer scientist he is engaging development of local support resources. I was sent this link on their development and even had a video of their pilot test session.

So the progress from 2017 into 2018 has been good. It will be 5 years since Basecamp2013@Malacca was organised. We were lucky to attract participants from all over the world. Will there be a Basecamp 2018? I have sketched of what could be possible dates in August for synergy in Hong Kong or/and Malaysia. It has been a tiring 5 years but rewarding when you see children and kids getting the opportunities. For basecamp2018, this is a vapour idea more than a month away. If it happens it happens!


Will love to hear from any of you as comments or by e-mail (tkkang@nurturingasia.com) 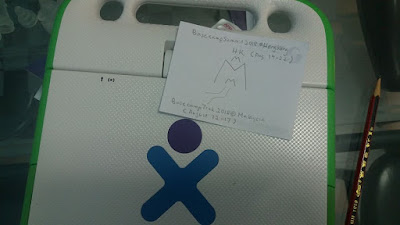